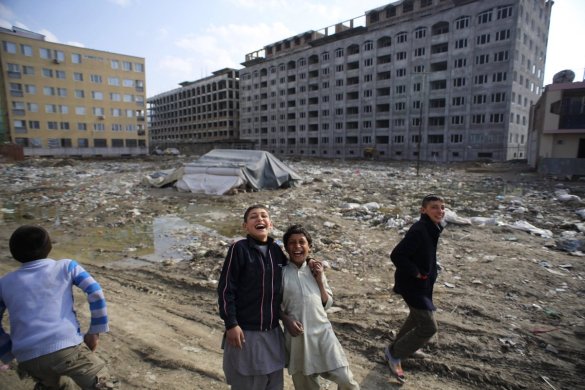 What comes to your mind whenever the word ‘Kabul’ appears? If you know enough about the ongoing war in Afghanistan, your perception – as having been molded by mainstream media – most likely suggests that you end up associating that country’s capital with continuous gun battles, suicide bombs, and a constant battlefield. Of refugees sprawling across the city like mushroom, of one where lawlessness is the fundamental tenet of life, and of one in unceasing strains of fear, uncertainties, and savagery.

While on some aspects, these remain the misfortunes Kabul dwellers still have to face, it turns out that the capital is, by today’s standards, no more an intense battlefield. What you might imagine of a land of mines, of shattered buildings, of brutality beyond human morale is now nearly non-existent within a short span of time. The Kabul you – and I – perceive was the Kabul we saw one decade ago; today, thanks to Business Insider, it is now a booming metropolis, one comparable to any you can see in emerging markets, or developing countries.

Yes, some things remain unsolved, though: corruption remains endemic, battles occasionally take place, administration overhauled by numerous technical problems, and poverty, and all social problems associated with it, is heartfelt nearly everywhere. But that doesn’t mean hope will soon be gone from this city, which now enjoys a rapid post-war economic transformation; maintain the optimism, and work hard to solve all the problems, and it is not impossible that sometime later, Kabul will flourish again.

View the complete photographs of this changing city in Business Insider.