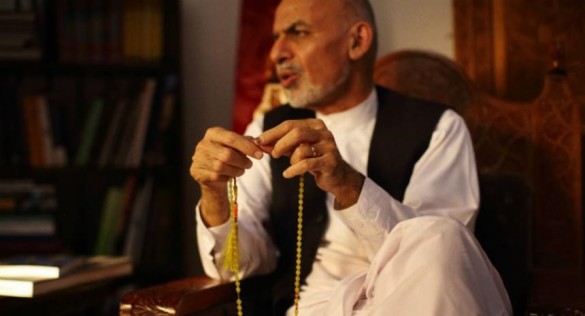 He’s widely known as one of Afghanistan’s most intellectual public figures, thanks to his past expertise in assisting the country’s development after decades of exasperating civil wars. The country still looks imperfect, for many security reasons, but at the very least, economy is now very thriving across the region.

Ashraf Ghani once competed for the country’s first presidential election in 2009, but he secured only less than 3% of the total votes. This time, however, he struck back with brutally high outcomes: the 2014 election, which saw him compete one-on-one, intensely, with Abdullah Abdullah, a former Taliban commander, resulted in a months-long political deadlock in one of the world’s poorest countries. Numerous international observers had to be called in to pacify the rivalry among them to avoid any potential conflicts which can hamper this already fragile nation.

And, at last, he’s now officially the new President of Afghanistan. Already inheriting numerous problems from his Western-hostile predecessor, Hamid Karzai, Ghani may have to solve many of them within his tenure, and that won’t be easy.

Let’s just expect he can bring the expertise from his prior experiences in numerous governmental positions to the higher level for the progress of this country.

Making Afghanistan self-sufficient is at the top of Ghani’s agenda. “We want to generate one of the biggest construction industries in the region,” he said. “We have enough marble to last the region for 100 years, but we are importing marble from neighboring countries.”

Many of Afghanistan’s problems come down to poor infrastructure. “Urban and rural Afghanistan are totally disconnected. Go to the market. 70 percent of the food is foreign imported, while 40-60 percent of our food rots between the field and the market because we don’t have the system,” Ghani noted.

Having spent more than a decade as an adviser to the World Bank, Ghani speaks the language of technocrats. (“Transformation and Continuity” sounds more like a working paper than a campaign slogan, for example.) He rolls out his plans meticulously, up to eight bullet points at a time, as if lifting them directly from the 309-page election manifesto.

And he looks to history to find suitable analogies for what he plans to do in Afghanistan. By asserting state control over the economy, he says, Afghanistan can grow like South Korea did in the 1970s and 1980s. To fight extremism, Afghanistan needs closer cooperation with Pakistan, molded on the European Coal and Steel Community, the post-World War II precursor to the European Union. 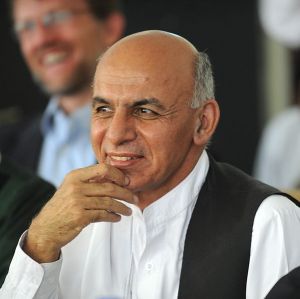 Ashraf Ghani (pictured above) believes there is something fundamentally wrong with our world today: he believes the world’s current aid system is not working and highly ineffective, that our world’s education system, in a 7-billion-strong population dominated by young people, is still based on that of 19th century, that capitalism and democracy are malfunctioning in many aspects in most developing countries, and that there is a great absence of a strong, international leadership to solve our world’s ages-old problems.

Afghanistan even suffers worse. It is beset by corruption, terrorism (by-products of Cold War, with thousands of combatants trained by both Russia and United States), and an economy largely domineered by illegal drug trading. Despite gigantic potential revenues from mining sector (the country’s mineral reserves are estimated to be worth nearly 3 trillion US$), all these problems, using current problem-solving approach, will take more than decades to solve. And, we must acquiesce, Ghani, having served as the country’s finance minister from 2002 to 2004, will not be able to solve these problems alone. However, at least, throughout his tenure, the country has seen some major improvements: currency stabilization, budget reforms, and long-term public investment schemes.

He once competed for 2009 presidential election, but didn’t manage to secure enough votes to win. For the second time, for the 2014 election, he will compete once again for the seat. Let’s hope he can bring more positive changes to this new, uneasy, and fledgling nation.

Listen to his TED talk to know more how he helped rebuilding a once broken state.